Continuing my UKGE adventure, this week I’m showing off the first level of the ‘dungeon’.

Method to my Madness

When I started putting the adventure together, I had some vague idea that I wanted an old-school deadly dungeon-crawl, but one with a few different locations, and creature types. I also knew I couldn’t be bothered to create complex maps myself. Luckily there’s an awesome random dungeon generator over at donjon (along with random NPC generators, random treasure generators, random… seriously, that site is cool). So my general workflow for each level was:

So anyway, let’s get on with the dungeon itself. The first level, as you might have guessed is based in your typical underground dungeon, or ‘underdark’ setting:

Party begins in room 1 (teleported in, or maybe dropped down a tube). Doors with a line though their sides are locked, a line through the face is trapped, and s is a secret door. Traps at corridor locations marked with letters (roll to determine them beforehand or as they are triggered).

The scale of some rooms is a little off (i.e. I have a whole Duergar village in room 7), so feel free to expand them up, down or outwards as you need. 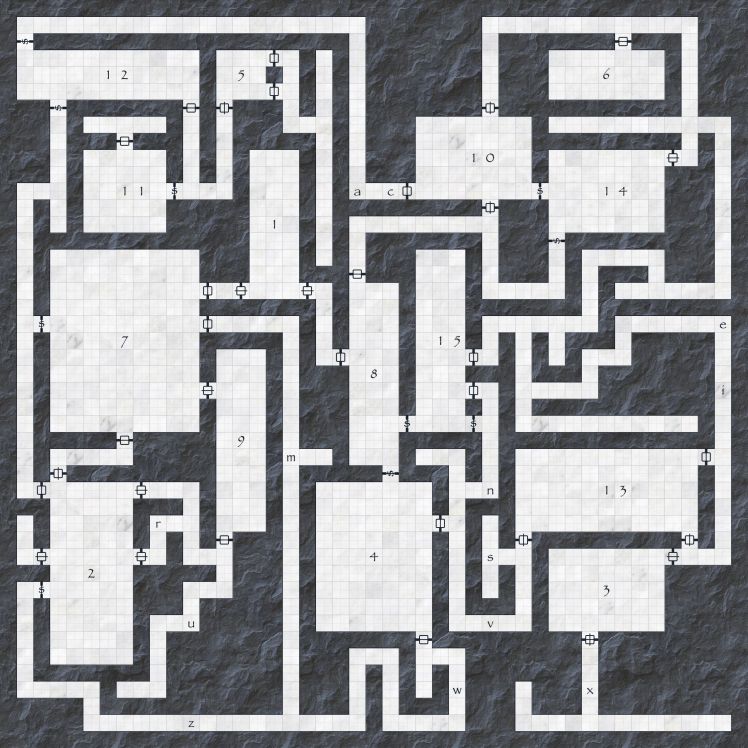 Each number refers the appropriate room on the map.

I’d recommend that the rat people in this room be called Charlie, Mac, Dennis and Dee. If you understood that reference you know how to roleplay them. You’ll also understand that the rat king must be called Frank, and has been at war with the Duergar since they stole his bar.